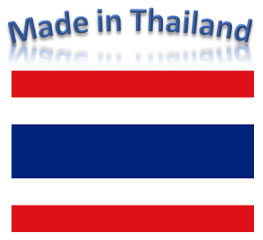 Understanding the differences between tactile and non-tactile membrane switches can seem like a drag.

Here is an overview of the differences between a tactile and a non-tactile membrane switch.

A tactile switch is a momentary switch designed to provide a tactile (physical) response when pressed to activate it. There is an overlay on top of the switch that sits above a metal dome inside the switch. The overlay has letters, symbols, and/or designs on it that you use to identify what happens. When a symbol on the overlay is pressed down, it pushes a metal dome down under the symbol, so it presses against a conductive footprint. The conductive footprint then connects to the silver printed circuit, and action happens within the device. When the pressure is released, the metal dome springs upward and disconnects the conductive tract from the circuit layer and the devices action stops.

Tactile membrane switches are commonly made with stainless steel, polydome, or a hydro-form domed overlay, and can be activated up to a million times. Tactile switches are internally vented and are sealed off from the surrounding environment. This helps prevent contamination of the switch from outside particles.

Now, what is a non-tactile switch, and how does it work?

Non-tactile switches are self-contained units. The overlay on a non-tactical switch typically has items like directional arrows for you to control a device connected to the circuit layer. These switches can be activated up to five million times.

Now let’s go over the purpose of both of these switches.

A tactical switch is a momentary switch. This means that the switch will only work when it is physically held down or pressed. Once pressure is released, the switch will disconnect, and the action will stop. The best way to understand this is to think about the keyboard on your laptop or desktop computer. When you press a key down an action will happen. In the case of the lettered and symbol keys, the letter or symbol will appear on the monitor screen. When you lift on the key, the letter or symbol will stop unless you keep on holding the switch down.

Non-tactile switches are used to activate things like back lighting on a control board monitor. Since those are non-tactile feeling when you press down the buttons, normally there will LED indicator or piezo sounder will let you know you have activated the control board.

How are membrane switches used in everyday life?

Tactile membrane switches are commonly found in household devices like a ‘microwave’s control pad to set the time and heat level when cooking food. Home air conditioners and remote control devices for your TV also use tactile switches to turn the unit on and off and change the settings or the channels.

You should contact us at King Epoxy to learn more. Our trained technicians and experts can answer all the questions you might have when deciding on what type of switches are best suited when manufacturing printed circuit boards for your use in your membrane switches.